David Beckham would have loved to take part in the Olympics with former Manchester United player Ryan Giggs. 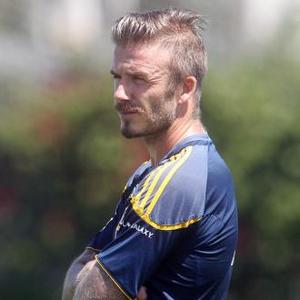 David Beckham would have loved to take part in the Olympics with Ryan Giggs.

The ex-Manchester United soccer player admitted that despite losing his bid to take part in the London 2012 Games, Ryan deserves to play on Team GB coach Stuart Pearce's squad.

He told Sky Sports News: ''Ryan obviously has had such an amazing career with Manchester United and also with the Welsh team and he deserves to be there.

''He deserves to play in a big competition like this. It would have been great to have been there with him because we have a lot of great memories from playing for Manchester United. I hope he gets a gold medal.''

Last year, married Ryan was under the spotlight because of his relationship with glamour model Imogen Thomas.

Although 37-year-old David was overlooked, chairman of the organizing committee Lord Coe said he will still have a major but as yet unconfirmed role at the Olympics.

David - who is married and has four children with fashion designer Victoria Beckham - said he is determined to enjoy the occasion as a supporter of The Games if not a participant.

He added: ''I am going to be just proud just to be there as a fan more than anything.

''In a part of London where I grew up playing soccer over the fields that have been changed now. As a fan and an Englishman I am going to be very proud.''