David Beckham would love to be able to fly or view the world from the eyes of an artist. 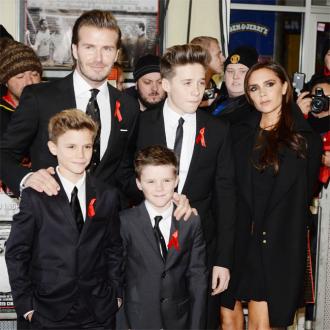 David Beckham wishes he could fly.

The retried soccer star - who has had an illustrious career on an off the pitch since starring in the Manchester United youth team in 1992 - wants to possess the supernatural ability or would like to be able to view the world from the eyes of an artist.

He told Paris' Vogue magazine: ''[I would like to have] the power to fly - or, more simply the talent and the brain of a great artist to be able to see the world from a different perspective.''

David has been spotted with his family on numerous occasions since he retired from soccer and the doting dad is attracted to fashion designer wife Victoria because of the love she shares for their four children, Brooklyn, 14, Romeo, 11, Cruz, eight, and two-year-old Harper.

He explained: ''There are lots [that I love about Victoria] - starting with her incredible energy, I've rarely met anyone like it. Then there's her hardworking ethic, but first and foremost her love for her family and her children.''

Quizzed on his ideal day, he added: ''Spending time with Victoria and the children, going for a walk and finishing off the day with a barbecue in the garden.''