David Beckham 'was wanted' for Kingsman: The Secret Service

Retired sports star David Beckham was wanted to appear in 'Kingsman: The Secret Service', according to Samuel L. Jackson. 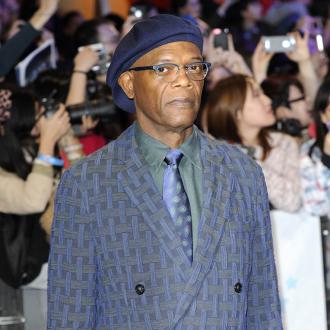 David Beckham, Lady GaGa and Usain Bolt were all wanted to appear in 'Kingsman: The Secret Service'.

Samuel L. Jackson, who stars as Richmond Valentine in the spy action film, has revealed the famous trio were originally lined up to star in the movie by director Matthew Vaughn.

Asked whether the Beckham speculation was accurate, Jackson said: ''I think so, yes. In the original script, there was him, Lady Gaga and Usain Bolt. Matthew had grand ideas about all these people. I actually ran into Beckham in the street one day and asked him if he was going to do the movie and he was like, 'I don't know, I'm not an actor.' I said: 'Dude, they want you to play you!'''

The 66-year-old actor told the Metro newspaper: ''He's a really well-rounded person with a great sense of humour who can laugh at himself. We had dinner together one night and we were having a great conversation about that bottle of Lafite Rothschild wine that sold for $30,000. I said: 'Who the f*** would pay $30,000 for a bottle of wine?' And Matthew was like, 'I do. I have several bottles.'

''Colin said somebody gave him a bottle when he won the Academy Award. He doesn't drink but he said there was no way he wasn't going to drink that wine. Heavenly? For 30 grand, better taste more than heavenly!''