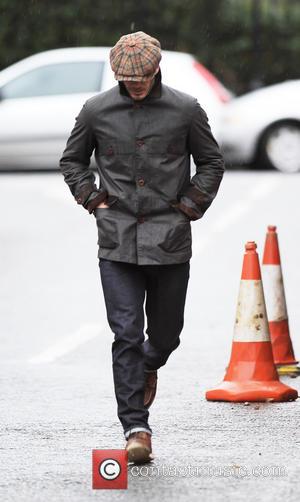 A semi-naked skimpy Beckham ad will never fail to set pulses racing, but in the new H&M ad, directed by Guy Ritchie, this time around it's the footballer's turn to get his own heart racing. In the ad he's seen chasing a car with his three boys riding in the back, after having had his robe get stuck in the door of the car and get ripped away. Racing through his neighbour's back gardens and onto a road, he sees the car turn a corner. What a shame, Beckham has to stay in his H&M khaki pants.

Ritchie uses his background in action movies to create a dynamic and fast paced 'short film' which has a clear narrative and makes best use of the beautifully sunny surroundings of LA, as well as all its beautiful people.

"David is the perfect leading man," the director told Today. "For me, this felt like more than a campaign - it was like directing a short film."

Beckham was just as happy working with Ritchie, which he explained to the Associated Press. "It's been great working with Guy. He's one of my favorite directors, and also a friend, so it was amazing to work with him on my new Bodywear commercial for H&M," he said. "It was good fun playing an action hero for the day, getting to do all the stunts and ending up in unexpected situations, but acting full-time is not something I see myself doing in the near future.

The ad premièred today and is a campaign for the underwear range endorsed by Beckham. This range is inspired by heroes with a variety of colours including the khaki seen in the advert plus navies and reds.