Victoria and David Beckham have introduced their ''new baby'' puppy called Olive to the world via Instagram. 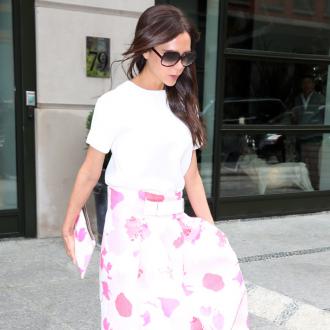 Victoria and David Beckham have adopted a ''new baby.''

The British fashion designer, who has four children, Brooklyn, 16, Romeo, 13, Cruz, 10, and Harper, four, with the retired soccer player, has introduced their beloved new dog, Olive Beckham, to the world via Instagram.

Alongside a picture of the pet pooch, the 41-year-old star wrote: ''Meet Olive Beckham x our new baby''

Brooklyn also posted a picture of their new puppy in David's arms on his profile, writing: ''A new member to the family olive (sic).''

The family already have two bulldogs called Coco and Scarlet, as well as a Shar-pei named Barnaby, who they brought home in March 2013.

The former Spice Girls singer previously admitted she is unlikely to have any more children, adding: ''I've done my bit.''

But she and David celebrated their their 16th wedding anniversary in July and are said to be happier than ever since he retired.

A source previously said: ''Victoria is still worried that David's business ventures will mean they may have to spend more time apart, but she's happy for now as he's home a lot.

''It's made him really mellow and Victoria feels like they have a proper partnership.

''David really admires the strong woman his wife has become and she feels their bond is unbreakable.''