David Blaine is back with a brand new show.

Illusionist David Blaine has been buried alive, frozen, stranded on a 100ft plinth for 35 days and starved in a Plexiglas case for a month-and-a-half, but his greatest trick may well have been sneaking Michael Jackson into Parliament...had he not been caught. The illusionist, whose ABC special, David Blaine: Real or Magic, premiered on Tuesday, November 19, told HuffPost Live host Ricky Camilleri that sneaking into the building with the late King of Pop tops his craziest experiences.

"I got to spend a lot of time with Michael Jackson," he began, "One time we snuck into the Parliament building. And we walked in, but he wasn't in disguise. And it was so strange, because the whole place was full. We went into the part where tourists go. And all of a sudden you heard this hush - like people start whispering.

"And it got louder and louder, and then it became really loud, and then everything went silent. And I was like, 'whoa. This is really unbelievable.' He had this thing where people reacted in a way that I've never, ever seen anything like. So it was pretty extraordinary," he said.

Blaine - one of the world's most popular magicians - revealed how Jackson was always his best audience member. "He was one of the most amazing people I got to perform for on many levels," he said. "Everything seemed brand new to him. It was amazing to see a side of him come out that I'd never seen before, which is like a deep-rooted laughter." As part of his new show, Blaine, 40, tricked the likes of Kanye West and Breaking Bad stars Aaron Paul and Bryan Cranston with some sublime magic. The rapper was lost for words when Blaine painlessly pushed an ice pick through his hand without drawing blood.

Will Smith and his wife Jada were equally impressed by the trick while Paul and Cranston simply freaked out. With echoes of his character Jesse Pinkman, Paul yelled, "That is through your hand!"

'For this special, I wanted to focus only on the magic and the people, so for the first time in over a decade, I concentrated just on doing simple things that could be done anywhere to capture the reactions that I fell in love with,' Blaine told Entertainment Weekly. 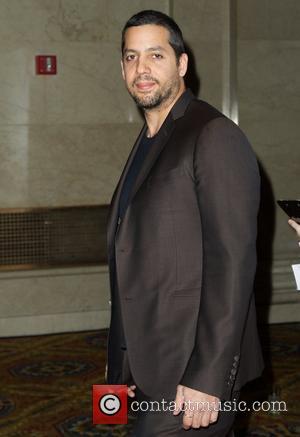