Actor David Boreanaz Is Recovering From A Health Scare He Suffered Earlier This Summer (15), Subsequently Delaying His Return To The Set Of His Tv Series Bones. 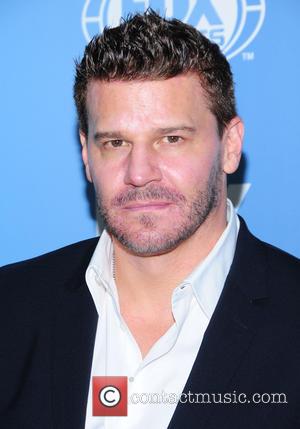 Picture: David Boreanaz - A host of stars were photographed as they arrived for the FOX 2015 Upfront event which was held at the Wollman Rink...

The former Angel star was scheduled to start filming the 11th season of the forensic drama weeks ago, but due to a reported bad reaction to an antibiotic, Boreanaz was forced to sit out of the first days of shooting.

As the actor continued to rest, show producers agreed to accommodate his absence by writing a storyline in which his character, Seeley Booth, disappears.

Boreanaz has now assured fans he is healthy again and is ready to go back to work on Tuesday (25Aug15).

In a statement given to TVLine.com he writes, "Nothing matters to me more than Bones, so I was thrilled when the producers came up with a way for me to take a few extra weeks to recover from a personal health issue without delaying production.

"I'm happy to say that I'm now feeling great and will be back to work tomorrow, and that our 11th season premiere will broadcast on schedule - with me in it."

He has not opened up about the illness he battled.

Boreanaz re-joins his co-star Emily Deschanel, who also had an eventful summer, giving birth to her second child in June (15).

The 11th season of Bones premieres in America on 1 October (15).