David Bowie - Where Are We Now? Single Review

Review of Where Are We Now? Single by David Bowie

It's amazing the difference a hiatus makes in music these days - even David Bowie looks likely to feel its benefits. The explosion online that greeted the announcement of a new album in March and a new track in 'Where Are We Now?' was comfortably loud enough to suffocate the fact that, just over a decade ago, the Thin White Duke was - if not a man on the creative decline - certainly one whose profile was slipping, with 2003 LP Reality doing well initially but fading from view quickly. As did Bowie himself not long after, with health problems and the inevitable march of time apparently giving him a new perspective on life, the famous workaholic finally slowed down. 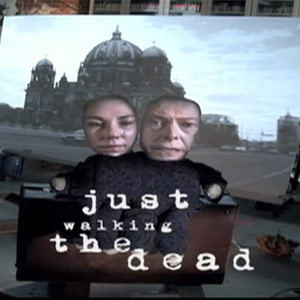 You just knew there'd be one final word though; Reality was too open-ended, too suggestive that Bowie's well wasn't quite empty yet. If many of the reams of plaudits he's received, over 40+ years of making music, for his innovation and ingenuity came about because of his intuition for picking the merest sparks of a new sonic style or trend and contorting them into his own image (see Ziggy Stardust picking up on glam, teaming up with Iggy Pop before punk broke, trekking to Berlin as Kraftwerk came to the fore), then what you can say about 'Where We You Now?' is that at 66 he's looking no further than introspectively. You'd be hard pushed to picture anyone else writing this song.

'Where Are We Now?' is a wistful, melancholic - though not downcast - ballad that lyrically appears to recall Bowie's time spent in Berlin (although apparently recorded in New York, with Berlin Trilogy producer Tony Visconti). It's a gracefully cinematic piece that puts his unique vocal at its fulcrum. Bowie sounds like Bowie should at 66 - his voice is thinner, it cracks a little, but from those fissions weep the longing and reflection that shapes the track's mood. Whilst others among the old guard like The Rolling Stones, still talk dirty in a desperate attempt to convince that we're still getting them at their testosterone-fuelled best, this is a track that maintains the hallmarks of its creator's canon - lyrical signposts, themes that are never fully decoded, questions that open up more questions - but transfigures them to the here and now. And for David Bowie, the here and now would appear to be just as enriching as it always was.