On the fifth anniversary of it's release we celebrate the masterpiece that is David Bowie's 25th and final album, 'Blackstar'.

Five years ago, on the day of his 69th birthday and two days before his death, David Bowie released his 25th, and final studio album, Blackstar. The album's release came as somewhat of a surprise to all but a select few and was his first for almost three years. 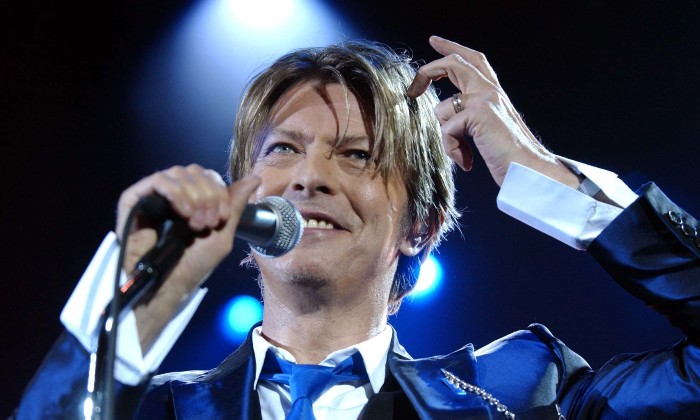 Long term collaborator and producer Tony Visconti once again worked with Bowie on what was to be his final album. As ever Bowie wanted to bring in new and different elements to his latest material and so enlisted the help of a bunch of local, very talented, Jazz musicians to bring something fresh to his constantly developing sound. Having heard them play at 55 Bar in Greenwich Village Bowie decided it would prescient that they play his music as Jazz musicians rather than his usual choice of band trying to play Jazz.

Bowie's almost continual desire to push things forward, challenge, explore and experiment were what made him one of, if not the, most influential artists in music. Bowie's palette of reference was always in a state of flux; a fluid body of creativity that morphed ceaselessly as it embraced all manner of influences and ideas.

Bowie started to work on Blackstar immediately after he had completed his previous album, The Next Day. The new record was recorded from the start of 2015 in his home town and at the same studios; the Magic Shop and Human Worldwide Studios in New York City. The recording took place as Bowie's health deteriorated due to liver cancer, but largely without the knowledge of the quintet he was working with. Visconti has said that Bowie intended the album to be his "parting gift".

Blackstar would eventually become a seven track album, that included two previously released, but then re-recorded tracks, Sue (Or in a Season of Crime) and Tis a Pity She Was a Whore. It was however the two singles that preceded the album that would come to define it as one of Bowie's best. Firstly the epic, near ten minute title track that would be it's opener, Blackstar itself. No one could have predicted anything like this song before it's release, the scale and depth of the track is phenomenal. Blackstar is a song in two distinctly different but conjoined parts that marry up to deliver such a overwhelmingly pleasurable result. From the opening tentative bars, through to the mid-point break down where the song rises once again to give up an incredibly moving passage that Bowie sings so beautifully, Blackstar is a majestic creation that you can only marvel at. In this song you will forever find something new and amazing, it's a brilliant piece of song writing expertly conceived and stunningly realised.

The second single from the album was, in hindsight, possibly more poignant than the first. Lazarus, with it's opening line, "Look up here, I'm in heaven, I've got scars that can't be seen" is now so devastating because of what happened in the subsequent months following it's initial realease that you can't help but be moved by it. The relaxed beat, wondering bass, deliciously hypnotic and woozy sax coupled with Bowie's slightly distressed vocals make this one of Bowie's stand out compositions. (The song is said to have been inspired by a book by surrealist painter and writer Leonora Carrington called White Rabbits).

David Bowie's final chapter was very well received by critics and fans alike, it was his only album to top the US Billboard 200 chart, won four Grammy's, went to number one in a whole host of countries around the world and it also won a Brit award for Best Album. As a stand alone album it is an incredible piece of work. Bowie's inspired use of Jazz musicians to give his songs an added dimension cannot be under estimated. The off-set rhythms on Sue (Or In A Season Of Crime), the strings and horns on Girl Loves Me and the absolutely sublime saxophone on Dollar Days all contribute to the album's appeal.

Blackstar once again reminds us just what a truly inspirational and creative artist David Bowie was. His legacy is truly beyond compare.