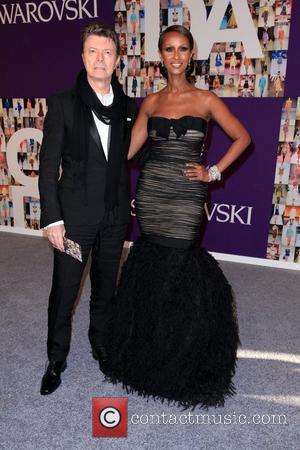 David Bowie sent his congratulations to new father Paul Weller after learning the rocker had named one of his twin boys after him.
Weller became a dad again when his wife Hannah gave birth to two boys earlier this month (Jan12) and the couple has called them John-Paul and Bowie.
The star's grown-up son Natt, from his marriage to backing singer Dee C. Lee, has now revealed the Heroes hitmaker sent the new parents a big bunch of flowers with his congratulations.
Natt tells Britain's Daily Mirror, "He's really happy. David sent them a huge bouquet."