Simon Cowell Wants Him For X Factor, The Critics Can't Get Enough Of New Album The New Day: Bowie's Back 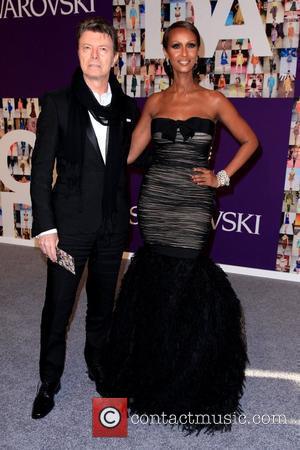 As Simon Cowell revealed that if he could have anyone as a judge on the X Factor it would be David Bowie, the first reviews have started coming in for the Thin White Duke’s long-awaited comeback album The Next Day. With such hype about Bowie’s first album in a decade, dare any of the critics suggest that it’s not all that much cop? Or has everyone toed the line?

To that X Factor story first though; talking to the Daily Mail, Cowell commented “It's no secret I've asked him, and he hasn't said yes yet, but I'll keep extending the invitation.” Continuing, he added "Why Bowie? He's a legend. He's a great songwriter, he has massive influence on music today and he's 100 per cent credible. I'm a fan. Not just of his music but of him, the man. He's cool. Most of us aren't. Bowie is."

Strong endorsement indeed, and Bowie will have found more coming from the assorted critics who’ve heard The Next Day thus far. “It is an enormous pleasure to report that the new David Bowie album is an absolute wonder” writes the Daily Telegraph, before adding that its “urgent, sharp-edged, bold, beautiful and baffling, an intellectually stimulating, emotionally charged, musically jagged, electric bolt through his own mythos and the mixed-up, celebrity-obsessed, war-torn world of the 21st century.” The Guardian comments “Listening to The Next Day makes you hope it's not a one-off, that his return continues apace: no mean feat, given that listening to a new album by most of his peers makes you wish they'd stick to playing the greatest hits.” The Independent meanwhile simply comments “David Bowie’s The Next Day may be the greatest comeback album ever.” Heady stuff. The Thin White Duke: Back on form according to critics