We're celebrating International Dance Day the only way we know how: By moving our feet to some of the greatest dance-themed songs of all time. From Whitney Houston to David Bowie, there's something for everyone on our latest playlist, and these seven tracks have all been chart-topping sensations at some point. 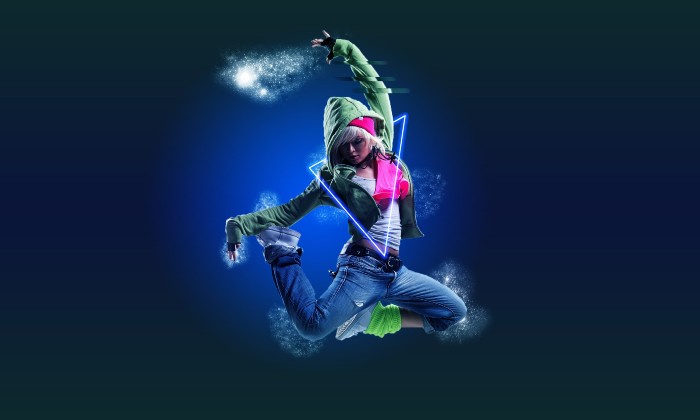 1. I Wanna Dance with Somebody (Who Loves Me) - Whitney Houston

The lead single from her second studio album Whitney, this 1987 dance-pop hit sold more than one million copies and won the Grammy Award for Best Female Pop Vocal Performance. It was Whitney Houston's first Platinum hit in the US, and remains one of her most famous songs.

This infectious tune was all we were singing in 2019, and we couldn't escape it on TikTok. Her second single release from debut EP The Kids Are Coming, it reached number one in the UK where it spent a record-breaking 11 weeks and, while it didn't top the US charts, it was the first top-five hit written solely by a woman in more than eight years.

3. Dancing in the Street - David Bowie and Mick Jagger

It may be a signature Motown song, co-written by Marvin Gaye and previously performed by Martha and the Vandellas and the Mamas & the Papas, but it was Bowie and Jagger's 1985 duet which reached number one in the UK, raising money for Live Aid at the same time.

Arguably the Europop band's most famous hit, Dancing Queen was ABBA's only hit to top the US charts thanks to its disco-inspired vibes. The timeless tune now sits in the Grammy Hall of Fame and is still a hugely important anthem within the LGBTQ+ community.

Bowie again, but we couldn't resist this one! This is the title track to Bowie's fifteenth studio album and was his only single to top both the UK and the US charts. Produced by Nile Rodgers of Chic, it features a guitar solo from Stevie Ray Vaughan and was one of his fastest-selling songs.

Her debut single and the lead single from The Fame, this 2008 track was a sleeper hit for Lady Gaga, eventually topping the US charts after five months. Co-written by Akon, it sold more than 10 million copies and remains a stomper of a floor-filler - if only clubs would open again!

If there was an official soundtrack to the 90s, this would definitely be towards the top of the list. This hip house banger was a US number one - and the only mainstream chart-topping single released by the New York group.