David Cassidy Loses Out On Court Showdown Over The Partridge Family 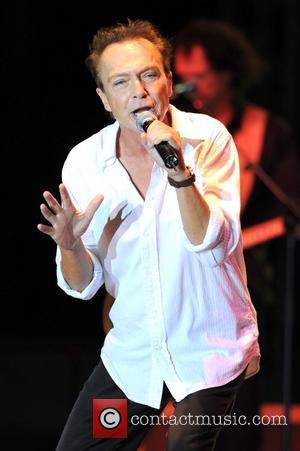 TV star and singer David Cassidy has lost his bid to take Sony bosses to court over money he insists he's owed from re-runs of The Partridge Family.
A Los Angeles judge has declared the dispute should be handled by an arbitrator.
The ruling comes almost a year after Cassidy sued Sony executives, claiming he was owed millions from the sale of magazines, posters and merchandise related to the hit 1970s show.
The singer/actor stated he was entitled to 15 per cent of the $500 million (£312 million) he estimates Sony bosses had made from his likeness - as per a contract he signed over 40 years ago.
But Superior Court Judge Joseph Kalin has demanded Cassidy sort out his dispute with Sony through an arbitrator.
The ruling is the latest financial blow for Cassidy, who lost his Florida home last week (ends13Jul12) after failing to cover back payments to bankers.
Executives at BankUnited began foreclosure proceedings on The Partridge Family star's $1.3 million (£812,500) Fort Lauderdale condo in 2010 over claims Cassidy owed them $916,488 (£572,805), and, after failing to cover the costs, the 62 year old was forced to surrender his keys and hand over the luxury property to mortgage lenders.