David Cassidy On The Way To Rehab Facility Before Arrest 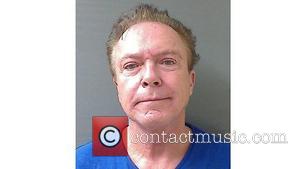 Actor and musician David Cassidy's publicist has revealed he was on his way to rehab when he was was arrested on suspicion of driving drunk in California on Friday (10Jan14).

The Partridge Family star's car was pulled over near Los Angeles' Lax airport after making an illegal turn and cops smelled alcohol when they approached the vehicle, according to Tmz.com.

Cassidy agreed to a field sobriety test and the arresting officer reportedly discovered he had a blood alcohol level of more than twice the legal limit. He was arrested for driving under the influence (Dui), but released hours later after posting $15,000 (£9,400) bail, and now his publicist has revealed he was on his way to a transitional rehabilitation facility when he was pulled over.

She tells Entertainment Tonight, "David (Cassidy) just completed a stint in rehab and was doing very well in sobriety. He was in Los Angeles to attend depositions by Sony Pictures Television, respondents in a lawsuit filed by Cassidy in 2011 over what he claims are monies long due him from Partridge Family merchandise, home video, etc.

"After attending his and his manager's depositions, it appears as if the pressure led to a brief relapse. He was on his way to the airport to return to his home in Florida and to transitional rehabilitation. He plans now to return to rehab in an undisclosed facility."

Friday's arrest marks the third time Cassidy has been booked for a drunk driving offence - in 2011, his licence was suspended for six months after he pleaded no contest following an arrest in Florida, and in 2013, he was charged with a felony for driving while intoxicated in New York.