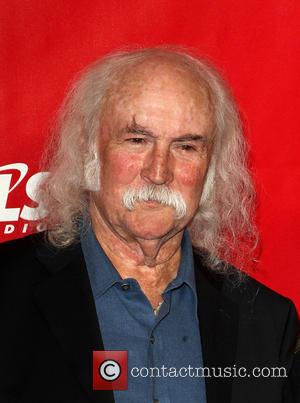 Veteran rocker David Crosby still can't understand why he was named the maker of the second greatest album of all time in a bizarre stunt by the Vatican.

Catholic Church bosses published a list of their favourite ever records in 2010, naming The Beatles' Revolver in top spot with Crosby's 1971 solo album, If I Could Only Remember My Name, in second place and Pink Floyd's The Dark Side of the Moon in third.

Crosby admits his inclusion so high on the list still confuses him four years on, and he is not the only rocker who was left baffled by the announcement.

He tells Q magazine, "No one has yet worked out what the hell that was all about. And why should the Vatican have an opinion on music in the first place? And to chose me?! It baffles me as much as it baffles you, man. I got an email from David Gilmour saying, 'Dammit! - Pink Floyd only came in third'."