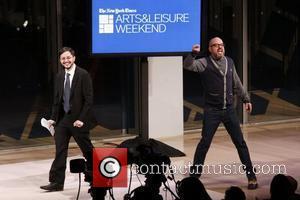 Funnyman/actor David Cross is refusing to stay silent about his miserable experience in a pelican costume for Alvin & The Chipmunks sequel Chipwrecked - he's taking aim at the producer who ruined a trip to London by insisting he had to be in all scenes featuring his character.
The Arrested Development star, who played a villainous music svengali in the first two Alvin films, opened up about his bust-up with an unnamed movie executive online just before the third movie came out in December (11) - and now he's taking the matter further on chat shows.
Appearing on U.S. late-night programme Conan on Monday (09Jan12), Cross again took issue with the producer who insisted he should cut short a break in Britain to dress up in a pelican costume and wander about a cruise ship.
He said, "In all honesty, it was the most miserable experience I've ever had in my professional life... I was forced, at legal point, to spend a week on a cruise ship... It was terrible. There was no reason for me to be there.
"They (producers) thought, 'Won't it be fun to get David on there?' And the scenes that take place on the cruise ship, I am always in a pelican mascot foam rubber outfit where you cannot see any of my flesh, nor do I have any dialogue."
Cross admits he suggested a body double be used for the cruise ship scenes - but there was one producer who insisted he was actually on the boat.
He added, "She is the personification of what people think about when they think negatively about Jews." 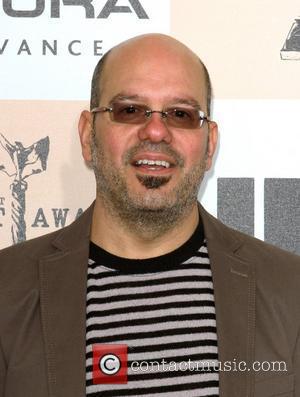