David Duchovny Is Keen To Make Sure His X-files Character Fox Mulder Is A Different Man To The Guy Fans Of The Cult Show And Spin-off Movies Remember - Because He's 22 Years Older. 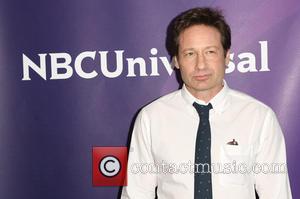 Duchovny and Gillian Anderson will reprise their Mulder and Scully characters for a six-episode run, which starts shooting this summer (Jun15), but the actor warns fans not to expect the show's creators and stars to just pick up where they left off with the sci-fi drama.

"It's important that he's (Mulder) not the same guy. He's 22 years older than when we first met him... That said, he won't have a French accent all of a sudden!"