Actor David Duchovny Took Up Guitar Lessons To Teach His Children A Lesson About Life. 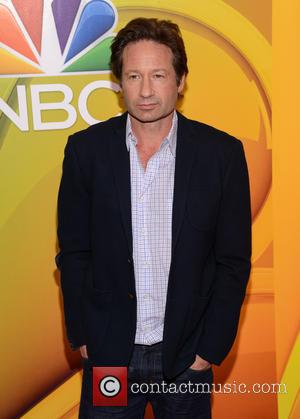 The X-Files star is gearing up to release his debut album with band Weather in May (15) and he reveals his musical aspirations stemmed from wanting to show his children how to deal with struggles and failure in life.

He says, "As parents, we're always telling our kids the worthwhile things are hard work and we have to fail and fail and fail and eventually it gets fun, but they only see us doing, they don't see us learning...

And his idea worked - his daughter is also playing the guitar.

He continues, "That was the evil plan all along and it worked. She's a better guitar player than me for sure."