Special Agents Fox Mulder And Dana Scully Are Heading Back To Tv For A Six-episode Run Of Cult Sci-fi Drama The X-files. 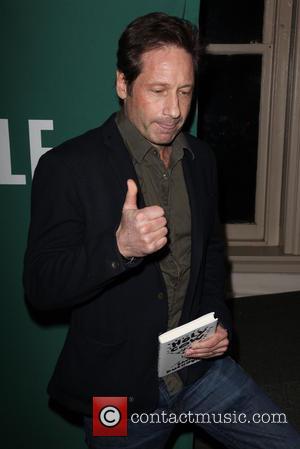 David Duchovny and Gillian Anderson will reprise their roles for the upcoming "TV event".

Announcing the news on Tuesday (24Mar15), a Fox studios spokesman says, "The X-Files was not only a seminal show for both the studio and the network, it was a worldwide phenomenon that shaped pop culture, yet remained a true gem for the legions of fans who embraced it from the beginning."

Duchovny recently confirmed reports his hit drama was heading back to TV, admitting he was "happy and excited" to return to work on The X-Files, which spawned two spin-off movies, after it ended in 2002, after nine seasons on air.

He told USA Today, "I'm assuming that it will happen sooner rather than later now. We'll see what form, how many (episodes). Certainly I can't nor would I be interested in doing a full season. It will be in some kind of limited form. We're all old, we don't have the energy for a full season."