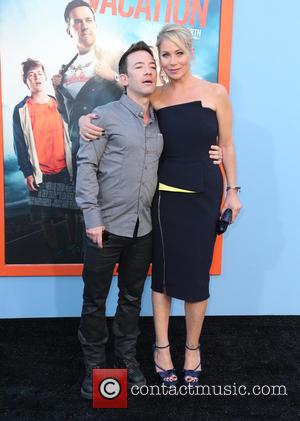 The U.S. sitcom aired from 1987 to 1997 and featurEd O'Neill as a shoe salesman and patriarch of a dysfunctional family living in a fictional suburb in Chicago, Illinois.

Faustino now reveals he is working on a spin-off and is just waiting for producers at Sony to clear some legal hurdles.

He tells Eonline.com, "Sony has it (the project). They're excited about it. They're working out some legal issues that we hope they work out."

The 41 year old also reveals the original castmembers have all committed to appearing on the show in some capacity.

He continues, "The whole cast, including Christina, is down to do little bits in it. The idea would be a pilot for a spin-off. That's all I can say right now. It involves me and few other people."

Applegate adds, "All of us have said we would all be there for (Faustino)."