The 51 year-old film-maker is going to be replaced by Sony Pictures due to his demands for payment and creative control being too "ridiculous." 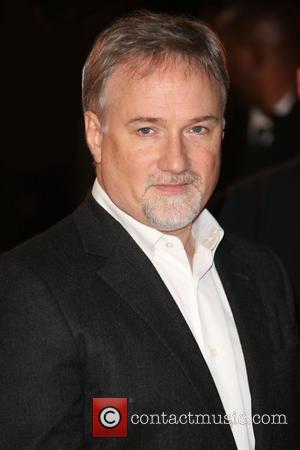 The forthcoming Steve Jobs biopic was set to be created by some of the best minds in the movie industry.

Sony and Scott Rudin were producing the flick, Aaron Sorkin had written the script and David Fincher was expected to take the helm of the project in the director's chair.

But now the 51 year-old filmmaker is set to be fired by Sony Pictures after failing to mutually agree on a deal.

According to The Hollywood Reporter, Sony Pictures are replacing Fincher due to his seemingly unreasonable demands over payment and creative control.

The 'Fight Club' director is allegedly asking for a fee of $10 million up front and control of the film's marketing aspects.

A source close to the situation told THR that Fincher could re-negotiate with Sony, but at the current moment the studio sees his demands as "ridiculous," adding, "You're not doing Transformers here. You're not doing Captain America. This is quality - it's not screaming commerciality. He should be rewarded in success but not up front."

The biopic would have had the exact same team that created 2010's 'The Social Network, which earned $225 million worldwide and saw Sorkin win an Oscar for Best Adapted Screenplay.

The dream team's second collaboration, 2011's 'The Girl With The Dragon Tattoo', wasn't received quite as well, and this is reportedly down to Fincher's aggressive demands.

He insisted that the studio used the tag line "The feel bad movie of Christmas" in its campaign, and he allegedly forced the studio to spend hundreds of thousands of dollars in order to create "metal, razor-blade-shaped one-sheet materials," which weren't even appropriate for display in theatres.

Before Sony wanted to replace Fincher, he was attempting to sign Christian Bale to the titular role, but the British actor is currently not attached to the project.

Fincher's demands were too "ridiculous"