Stellan Skarsgard enjoyed working on 'The Girl with the Dragon Tattoo' with David Fincher, even though the director prefers to work ''hard and fast''. 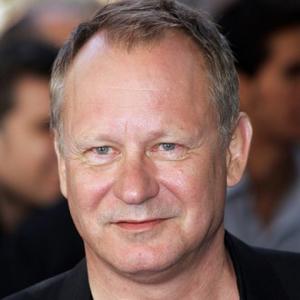 David Fincher warned Stellan Skarsgard that working on 'The Girl with the Dragon Tattoo' wouldn't be fun.

The 60-year-old actor was happy to push himself on the movie and insists it was an enjoyable experience, despite the director's preference to work "hard and fast" and be incredibly thorough with each scene.

"He works hard and fast, which means that you shoot all the time. You don't sit and wait and I like that."

'The Girl with the Dragon Tattoo' - which is based on the first in a trilogy of books written by Stieg Larsson - is the second movie version of the novels, with a Swedish production released in 2009, and the Scandinavian actor was delighted to appear in the new film as he had enjoyed the original movie.

He told website Superhero Hype: "I read The Script to the Swedish film, the first film, and I've seen the first film. I haven't seen the second or third one.

"I was not supposed to be in the original one, but Fincher contacted me about his version and I was very thrilled to be working with Fincher. Steve Zaillian was writing the script and I thought it could be very interesting. It's good material they're working with, so I was excited to be a part of it."

'The Girl with the Dragon Tattoo' is released in cinemas on December 26.