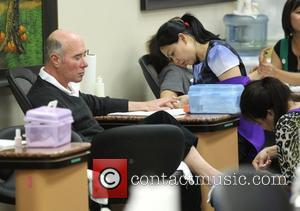 Music mogul David Geffen is set to have a concert hall named after him at New York's Lincoln Center for the Performing Arts after handing over a $100 million (£62.5 million) donation.

The news emerges four months after venue executives announced plans to resell the naming rights of the art space to help cover the costs of a $500 million (£312.5 million) renovation, planned for 2019.

Geffen says, "As a native New Yorker, I recognise that Lincoln Center is a beacon to artists and musicians around the world. To be involved with such a beloved and iconic institution is deeply satisfying."

Avery Fisher Hall was named after the violinist and radio pioneer, who financed a previous renovation in 1973. He died in 1994.