David Gest I'm A Celebrity Get Me Out Of Here 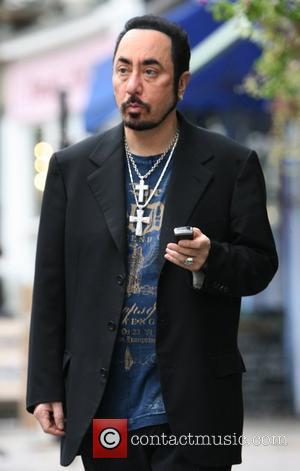 Picture: David Gest plays it up for the cameras as he goes for a coffee in Primrose Hill London, England - 17.09.07

LIZA MINELLI's estranged husband David Gest is reportedly dating English actress MALANDRA BURROWS. The music producer, 53, was spotted with Burrows - who is 12 years his junior - at the launch of British TV talent contest GREASE IS THE WORD, on which Gest is a judge. The couple first met when they both appeared on UK reality TV show I'm a celebrity, GET ME OUT OF HERE! in the Australian jungle in 2006. Gest married Minnelli in a lavish star-studded ceremony in 2002 but separated a year later. They filed for divorce in 2004, and the legal documents are expected to be finalised in the next few weeks.