Gest 'Felt Nothing' At Dad's Funeral 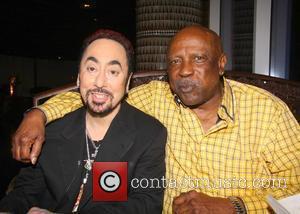 Music producer David Gest "felt nothing" at his father Jesse's funeral after enduring years of beatings at the hand of his parent. Liza Minnelli's estranged husband says his Dad regularly beat him during his childhood, so when Jesse died of a heart attack in 1977, Gest was not sad. He says, "Dad and I never developed a bond because of all the beatings. He didn't attack me every day, but would hit me for really silly things like eating an extra slice of cake. "But when he lashed out, he did it with such vengeance that it left a lifelong impact. Why would you beat a young child so much just for eating candy? "Those beatings affected me so much that when dad died when I was 23, I felt nothing at his funeral. "We were not close so I didn't know him, respect him or appreciate him. Besides, he taught me not to cry. So I didn't then."