A man was arrest for pretending to be Pink Floyd frontman/guitarist David Gilmour in order to avoid paying his medical bills at a Minnesota hospital.

David Gilmour was in a Minnesota hospital recovering from on ongoing medical condition last month, the only ting is it wasn't actual the Pink Floyd frontman in hospital at all, it was a man pretending to be him in order to get out of paying his medical bills. Phillip Michael Schaeffer racked up a $100,000 bill during his stay in the St Cloud Hospital before police caught on to his scam.

Schaeffer turned up at the Minnesota hospital on April 20, claiming he was Floyd's guitarist and singer and that he didn't have medical insurance. He claimed he was on tour with Pink Floyd in Canada at the time and even signed an autograph for an unsuspecting fan while in his hospital bed. Suspicions were later raised by hospital staff, and Schaeffer was arrested when he returned to St Cloud for further treatment. David Gilmour's health isn't a problem, but his bank account may be.

Jeanine Nistler, a spokesperson for St Cloud Hospital, released a statement regarding the incident saying: "There was some discussion among security staff leading people to believe that he really wasn’t David Gilmour… So our security supervisor pulled up the security camera shots of when this man entered the hospital and compared them to pictures on the internet of Pink Floyd’s David Gilmour and determined he was not David Gilmour.”

Currently, Schaeffer is free from police custody while further gather evidence is gathered. Neither Gilmour, Pink Floyd or the Minnesotan police have made any comment on the situation. 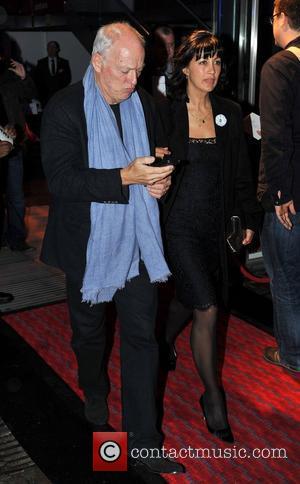