David Guetta has produced a new song for Jessie J, and her team trusted him so much, they said they didn't even need to hear it before accepting it before even hearing what it sounded like. 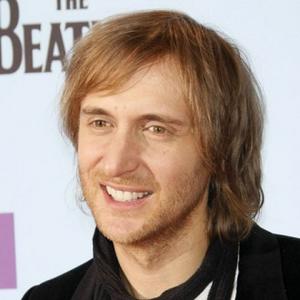 David Guetta has produced a new track for Jessie J.

The French producer was astonished how much faith the 'Price Tag' hitmaker and her management team have in him, as they were ready to accept the song without even hearing it.

He told Australia's 2Day FM radio: "I'm not going to say who but I'm a producing a record for someone... It's a girl. OK, it's Jessie J.

"And you know, her team trust me that much they were like, 'We want to print the artwork, can we have the credits?' So I was like, 'But you haven't heard the record' and they said, 'Oh no, we trust you.' "That's too much trust! I was really flattered but I was like, 'No, I wanna make sure Jessie likes it."

This is not the first time David has worked with the 23-year-old singer. Earlier this year, he delayed the release of his 'Nothing but the Beat' album so the British star could appear on his song 'Repeat'.

He said at the time: "The album was finished, then I got word from Jessie about this collaboration so I called my label and said, 'Stop everything. The album can't go without this track.'"