David Hasselhoff To Play Himself In Baywatch Movie

David Hasselhoff is set to play himself in the new 'Baywatch' film, not his former character Mitch Buchannon. 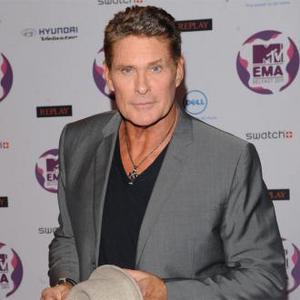 David Hasselhoff is set to play himself in the new 'Baywatch' film.

The 59-year-old actor says he won't be reprising his role as lifeguard Mitch Buchannon in the big-screen version of the hit TV show and will instead appear as himself.

He said: ''I've just met the guy writing the film. I'm going to play myself.''

The former 'America's Got Talent' judge is the only cast member certain to star in movie but it is rumored Justin Timberlake and Justin Bieber could also appear.

David - who was one of the star performers at the White Nights of St. Petersburg festival last weekend - added to BANG Showbiz: ''There will be certain people in the movie for the original parts and we're trying to make it a very cool, updated version.''

Pamela Anderson - who played long-running character CJ Lewis in the 90s series - is yet to be confirmed, although bosses are hoping the blonde babe will sign up.

David said: ''I don't know. All I know is that they've had The Script for four years now.''

The White Nights of St. Petersburg festival took place in St. Petersburg, Russia from July 6 to July 8 and as well as star performers such as David, Anastacia, Natalie Imbruglia, Tony Hadley and Michael Bolton, there was an international singing contest which was judged by Paula Abdul and won by American Tyler Conti.

For more information on the festival go to http://wnfestival.com/.