By Holly Williams in Lifestyle / Showbiz on 23 February 2016

It's set to be one of the biggest shows Tate Britain has ever seen.

To celebrate the career of one of the most influential artists of the modern world, Tate Britain will be hosting one of its biggest exhibitions yet with a retrospective look at the extensive work of David Hockney as he reaches his milestone 80th birthday next year. It will no doubt be a sell-out event for the London gallery as it aims to display six decades of work from Hockney including his self-portraits and his swimming pool pieces from the 60s and 70s, his Yorkshire landscapes and more recent iPad etchings. Spaces are even being kept for any work Hockney might produce in the meantime, which means it could be a truly unpredictable experience for Hockney fans.

Continue reading: David Hockney To Be Honoured With Huge Retrospective Exhibition In London Next Year

A suitable portrait of one of Britain's greatest living painters, this artful documentary offers wonderful access to David Hockney, his family, friends, colleagues and of course his artwork. And what makes the film essential viewing is the way it breaks through the surface to explore what makes Hockney tick, how he approaches each technological innovation in his work, why his paintings have such an impact and how he fits into art history. It might be a bit long and rambling, but fans wouldn't want to cut anything out. Hockney was born in West Yorkshire in 1937 and has always said he was brought up in Hollywood and Bradford, "because as a child I spent all my free time at the pictures". Movies gave him a wider perspective on the world, which is exactly what he has worked to do in his art, whether by bending sight-lines in a painting, pasting together Polaroid pictures or shooting a panorama on his iPhone. These angles draw people into his work in unusually personal ways, opening up around us and forcing us to see the familiar through different eyes. Filmmaker Randall Wright delves into several of Hockney's most iconic paintings, revisiting locations and tracking down the people depicted in them, adding meaning and relevance to images we thought we knew.

He also lets Hockney explain his feelings about events throughout his life, from swinging-60s London to art-boom New York to his second home in Los Angeles. And there are devastating memories from the 80s and 90s, when he lost two-thirds of his friends and colleagues to Aids. The stories Hockney and others tell are packed with lively details about his paintings, his relationships and even his sexuality, putting him into the context of the times while also exploring his lasting impact on the art world. Tand the film itself has a lush artistic style to it, playfully indulging in familiar images while catching funny comments and strong emotional moments along the way.

When Penn & Teller turn their hand to documentary filmmaking, we know it's going to be something playful. Indeed, this is a hugely entertaining film, gripping us with a fascinating story that has a lot to say about the interplay between art and technology. It's also a witty exploration of one of history's most iconic painters. Tim Jenison is a successful inventor in Austin, Texas. A nerd with too much money and time on his hands, he becomes fascinated with the 17th century Dutch painter Johannes Vermeer, whose paintings have an uncanny photographic quality to them. Experts like David Hockney have long wondered how Vermeer achieved this realism, suggesting that optic lenses were probably involved. So Tim sets out to find the secret, developing a lens and a set of mirrors to recreate one of Vermeer's most complex paintings, The Music Lesson. And even though he has no artistic skill, his result may change art history forever.

It also forces us to reconsider how we define artistry, because clearly technology is another tool an artist uses. Penn & Teller hold our interest by peeling away the layers and letting us see Vermeer's magic (they also hint that the film itself might be a trick). The fact is that Vermeer created photorealistic images 150 years before the advent of photography, and no one has previously been able to explain how he did it. But whatever process he used also proves his artistic skills, simply because it involves so much creative thinking.

NewTek co-founder and visual imaging software inventor Tim Jenison has spent his career perfecting the art of graphic imagery but, rather than hoping to create more realistic graphics than has ever been created before, he spends most of his time marvelling at the genius of 17th century Dutch artist Johannes Vermeer, whose most famous painting - 'The Girl With A Pearl Earring' - continues to baffle all who look upon it with its immense detail that should've pre-dated any photography. Though Jenison is not a painter, he embarks on a mission to achieve that level of artistic genius as he goes about attempting to put together his very own Vermeer using the same techniques as Vermeer himself with a little help from ultra-famous modern artists and professors in the fields of visual perception, architecture and photography.

'Tim's Vermeer' is an art documentary by Primetime Emmy nominated illusionist duo Penn & Teller. Directed by Teller and produced by Penn Jillette ('Penn & Teller: Bullshit!'), the film features appearances from painter David Hockney, comedian Martin Mull, Professor Philip Steadman (author of 'Vermeer's Camera: Uncovering the Truth Behind the Masterpieces') and Professor of Neuroscience Colin Blakemore. Nominated for Best Documentary Feature at the Broadcast Film Critics Association Awards and at the Satellite Awards, 'Tim's Vermeer' will be released in the UK on January 17th 2014.

By Elinor Cosgrave in Lifestyle / Showbiz on 05 November 2013

The LACMA hosted a number of famous names and faces whilst honouring Martin Scorsese and David Hockney at its Film and Art Gala on Saturday (2nd November).

The Los Angeles County Museum Of Art played host to a host of stars on Saturday night (2nd November). The stars gathered to honour artist David Hockney and director Martin Scorsese at the LACMA Film and Art Gala. In addition to the two honourees, a host of famous names and faces appeared to celebrate the achievements of the famous British artist and New York born director. Leonardo Dicaprio and Martin Scorsese at the LACMA.

Guests included actors such as Leonardo Di Caprio, who has worked with Scorsese on a number of films included Shutter Island, The Aviator and The Wolf of Wall Street. Other male actors who appeared at the event were comics James Franco and Will Ferrell.

By Lauren James in Lifestyle / Showbiz on 04 November 2013

The director was thanked for his help preserving the LACMA museum's program.

Director Martin Scorsese has been honoured at this year's annual Los Angeles Art + Film Gala by the Los Angeles County Museum of Art. Scorsese's work during the financial crisis was vital in preserving the LA museum's film program. Martin Scorsese Has Been Honored At This Year's Art + Film Gala.

The Taxi Driver director created The Film Foundation in 1990 to work on film preservation and during Saturday night's (2nd Nov.) ceremony he presented the restoration of four films by French filmmaker Agnes Varda. The annual event aims to bring the flourishing art and movie industries of Los Angeles together and recognises that LACMA is one of California's most important museums, having played a leading role in the area's art scene. 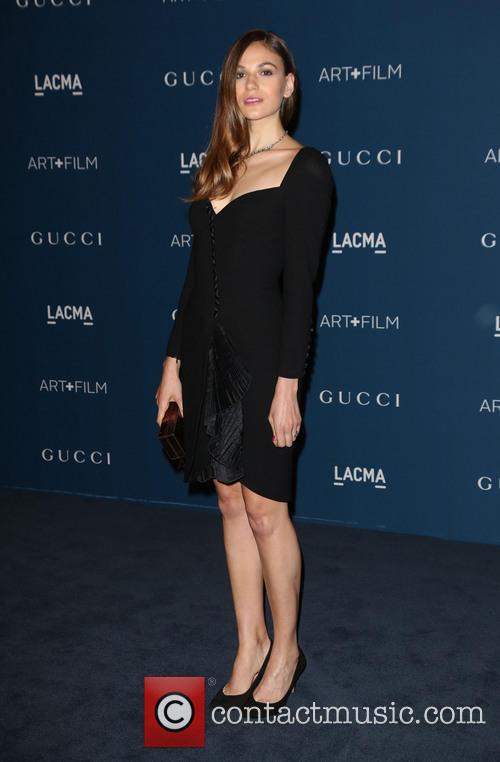 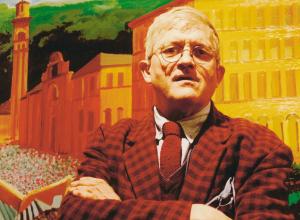 A suitable portrait of one of Britain's greatest living painters, this artful documentary offers wonderful...

When Penn & Teller turn their hand to documentary filmmaking, we know it's going to...