Actor David Hyde Pierce's Directorial Debut On Broadway, It Shoulda Been You, Is Set To Close In August (15). 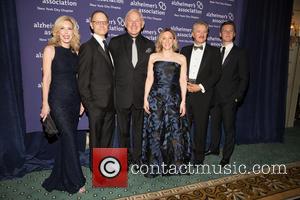 Producers of the musical announced on Tuesday (30Jun15) that the curtain will fall on the wedding-themed show on 9 August (15), after nearly three months on the Great White Way.

The production was a passion project for the former Fraiser star, whose husband Brian Hargrove wrote the book. The play focuses on the family drama at a mixed-religion wedding as a Jewish bride and her Roman Catholic groom attempt to tie the knot, but also includes a surprising twist at the end.

It Shoulda Been You earned mixed reviews when it opened in April (15), and garnered disappointing earnings at the box office.

John Taylor is a criminal who has just robbed a bank and pulled it off...

Children, put down your books. Thanks to Walt Disney Studios, you no longer need...