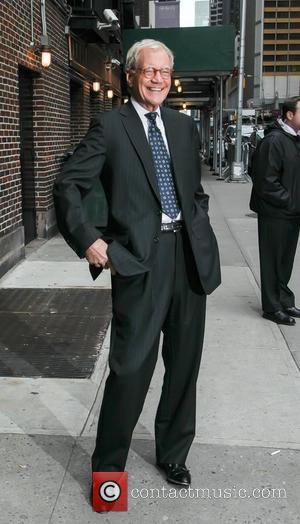 David Letterman has been opening up recently, sitting on the other side of the desk and being grilled himself for a change, but tonight the Universe retains order once again as he is back on duty for this week's Late Show with David Letterman.

Joining David in the studio this week will be another person who many will want to see being probed to the fullest extent: Katie Holmes. Holmes dropped by to promote her current Broadway show Dead Accounts, but people will be tuning in not to see what she has to say about her new role, but rather what David can get out of her relating to Tom Cruise.

Last week, Letterman played the interviewee for a change, appearing on Charlie Rose's This Morning on CBS, giving an insightful look into his life, one which has been ravaged by depression for years now. Letterman revealed that he started his bout with depression decades ago, taking medication to combat the problem at first, until he stopped the drugs when he came down with a case of shingles. He told Rose of his mental disorder, “It’s different than feeling sad. It’s different than feeling blue. It’s really like a friend of mine says, it’s the world with 20/20 vision.”

Letterman, who has a son, Harry, 9, also revealed that he regrets not having more children in the stark interview. But for now, it's business as usual, and hopefully Holmes will dish the dirt as freely as Letterman did during the week.