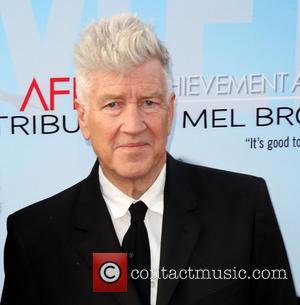 Movie-making great David Lynch used to have audiences and critics squirming in their seats with anticipation whenever his next film was due to hit cinemas, however those days of awaiting the latest creation from one of Hollywood's most unique minds may have come and gone, as Lynch is supposedly so fed-up with the current, money-hungry state of filmmaking that he doesn't seen his return coming any time soon.

Lynch was speaking with UK newspaper The Independent recently when he discussed his dissatisfaction with the movie industry, a feeling that is so imbedded into him that it looks as though he may have already made his final picture. A man known for his darker, 'Lynchian' style when it comes to his films, Lynch reckons that there is no room for his kind of movies any more, and he has a good point too. Who would finance a strange indie film with a limited audieence and where would it play where it could make any money at all? To say the movie business just isn't what it used to be is something of an understatement.

"It's a very depressing picture. With alternative cinema – any sort of cinema that isn't mainstream – you're fresh out of luck in terms of getting theatre space and having people come to see it. Even if I had a big idea, the world is different now," Lynch told The Independent in his recent discussion. "Unfortunately, my ideas are not what you'd call commercial, and money really drives the boat these days. So I don't know what my future is. I don't have a clue what I'm going to be able to do in the world of cinema."

The man behind such greats as Blue Velvet, Mullholland Drive and Eraserhead, Lynch has already branched out into other avenues to stretch his creative muscles, so there's little chance of him growing restless while he waits for the film business to sort itself out. An accomplished painter, Lynch's first love before film was actually painting and he has continued to nourish his hobby throughout his life. He is also an accomplished musician and songwriter, most recently releasing his first solo album, This Train, in 2011. His follow-up, The Big Dream, is due to be released on July 15, 2013. And who can blame him for his views?