The Stars Of Twin Peaks Have Launched A Campaign To Bring Back Creator/director David Lynch After He Quit The Revamp Due To Budget Constraints. 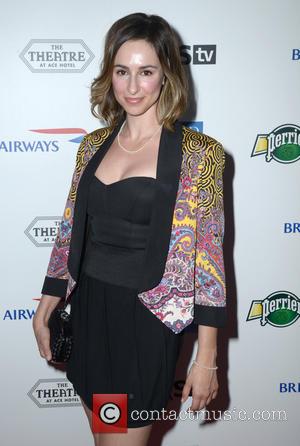 Picture: Kid Moxie - The David Lynch Foundation's DLF Live presents 'The Music Of David Lynch' at The Theatre at Ace Hotel - Arrivals at The...

Lynch decided to take charge of the project and the show's star, Kyle MACLachlan, agreed to reprise his role as Federal Bureau of Investigation (FBI) Agent Dale Cooper, but the reboot was thrown into jeopardy last week (ends05Apr15) when the iconic director quit.

Now 12 of the show's castmembers, including Sherilyn Fenn, Sheryl Lee, Madchen Amick and Dana Ashbrook, have teamed up in a bid to get Lynch back on board. The actors filmed a special video calling for the director to be reinstated, insisting the show cannot move forward without him.

A petition has also been launched on Change.org in a bid to bring back Lynch and it had attracted more than 13,000 signatures as WENN went to press.