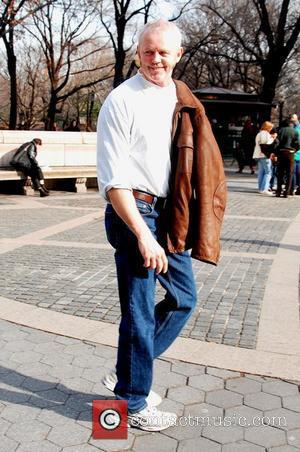 Actor David Morse is urging movie fans to be patient for Brad Pitt's new film World War Z - because the zombie war project will be worth the wait.
Pitt has been called back for seven weeks of reshoots this summer (12) amid reports suggesting Lost co-creator and Prometheus screenwriter Damon Lindelof has been drafted in to salvage director Marc Forster's movie.
The troubled blockbuster, which Pitt is also producing, wrapped last year (11), but it appears movie executives are far from happy with the end product and they've pushed the film's release from December (12) to next summer (Jun13) to allow for the extra work to be done.
But Pitt's co-star Morse insists the film will be a blockbuster whenever it comes out.
He tells WENN, "It is Brad Pitt chasing down zombies all over the world... You will see zillions and billions of zombies like you've never seen. These ones just don't walk around drooling; they're quick on their feet.
"I'm somebody who survives and has secrets that sends Brad Pitt on his way. I think it's gonna be an amazing movie."