Homeland returning for third season in 2013

Politcal drama 'Homeland' has been renewed for a third season by Showtime and is set to be released in 2013. 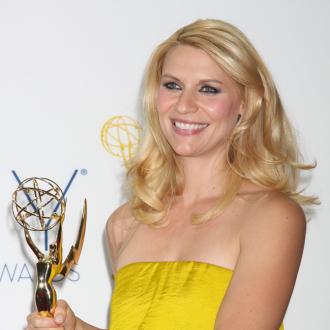 'Homeland' has been renewed for a third season.

The political drama series has become so successful that entertainment network Showtime has picked it up for a third series.

David Nevins, president of entertainment at Showtime, said in a statement: ''The Emmy wins for 'Homeland' have certainly set the stage for a great second season.

''The writers, cast and crew of 'Homeland' continue to create a remarkably entertaining and suspenseful roller coaster ride, growing audiences week after week.

''We can't wait for our viewers to experience what unfolds through the rest of season two. Our partners at Fox 21 have been tremendous, and we are thrilled to begin the planning for 'Homeland's' third season.''

The Season 2 premiere boasted a whopping 5.2 million viewers across platforms in its first week alone and the show stole the spotlight at award ceremonies this year.

It picked up the Outstanding Drama Series award at the 2012 Emmys, with Claire Danes been awarded Outstanding Lead Actress and Damian Lewis being named Actor in a Drama Series.

The show, produced by Alex Gansa and Howard Gordon, is loosely based on the Israeli series 'Prisoners of War' and follows CIA Agent Carrie (Claire) trying to catch out US Marine Nicholas Brody (Damian), who has been turned by the enemy.

It has already gained a large fan base, with famous followers like President Obama and Bill Clinton.

Season three will consist of 12 one-hour episodes and production set to begin in spring 2013.

Homeland returning for third season in 2013