Selma Star David Oyelowo Gave His Marriage A Big Boost By Getting In Shape To Play A Vicious Killer In New Movie Captive. 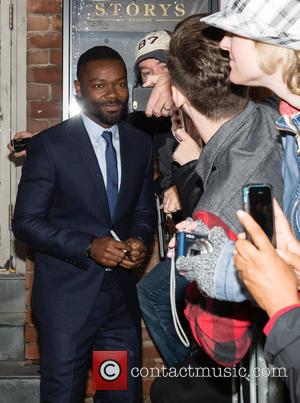 The Brit spent weeks getting in top shape for his role as real-life thug Brian Nichols in the Jerry Jameson film and his wife of 17 years was more than pleased with the results.

He says, "I was doing what they call two-a-days; you're in the gym twice a day benching a lot of heavy weight... It was fantastic for my marriage.

"You're in the bathroom, brushing your teeth and my wife... I could see her checking me out... It was a nice feeling until I then had to gain 40 pounds to play Dr. King (in Selma), which happened soon after being Mr. Buff."

But those intimate moments were short-lived as he piled on the pounds to play Martin Luther King, Jr.

He adds, "She (my wife) would smack my butt and then walk out and then (when I was) Dr. King, she would play with my belly - not quite so sexy."