David Oyelowo says Barack Obama is a fan of Selma

US President Barack Obama is a fan of 'Selma', according to David Oyelowo, who plays Martin Luther King in the movie. 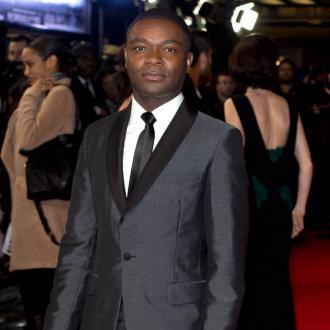 David Oyelowo has revealed US President Barack Obama is a fan of 'Selma'.

The British actor stars as Martin Luther King in the movie about the Civil Rights Movement in the 1960s and has confirmed that the current President and his wife, First Lady Michelle Obama, enjoyed watching the movie.

Oyelowo revealed the pair were treated to a screening of the film at the White House, and he said: ''Thankfully, both [the president] and his wife love the film, I guess that's why we got the invite!''

Oyelowo observed that the film has extra significance for Obama, who is America's first black President.

He told Digital Spy: ''To show this film in that building, the White House, with this president in power, was really something quite extraordinary.

''We talk about Dr King's dream - the most dramatic demonstration of some of that dream being realised is Barack Obama being president. There was something very significant about taking the film there to show it to him.''

Meanwhile, the film's director, Ava DuVernay, claimed recently that 'Selma' reinforces the idea that ''you're never too small to make a difference''.

She explained: ''The Selma marches are just extraordinary. It was just a small, sleepy southern town, which no-one was paying attention to.

''They bounded together, they raised their voices, they amplified and they changed the world. This film is about that - you're never too small to make a difference. Hopefully, people check it out and feel the same.''