The British actor has been considered a rising star for several years now. 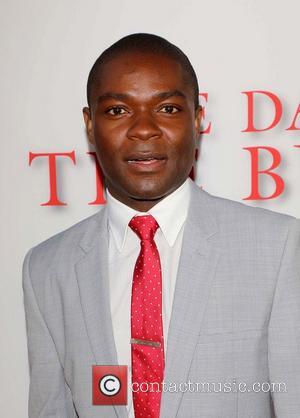 David Oyelowo, the British actor best known for the BBC series Spooks, is reportedly the first actor to be signed up for Star Wars Episode VII.

The actor has been rumored heavily as of late, though the reliable fan site Jedi News say Oyelowo has not signed on the dotted line for the Jj Abrams movie.

A shadowy source known only as Jedi Master SQL told the site: "Just confirmed the first signed and sealed casting. He's British, and Jedi News have already reported it twice! And no, it's not Sherlock [Benedict Cumberbatch]."

"The actor is BBC Spooks star David Oyelowo. Really good actor and a brilliant choice. Hope he has a great role," continued the source.

The insider confirmed that Oyelowo would star in both Episode 7 and the spin-off TV series Star Wars Rebels.

"I am being told that not only will he be in Episode 7 but the plan is for him to also be in Rebels playing a character that sets up his Episode VII character! All part of the major co-ordinated push being pulled together by Simon Kinberg and the first major sign that Rebels will be the vehicle to setup the masses for Episode VII," said the source.

Oyelowo is known to Star Wars creator George Lucas given he starred in the Lucasfilm production Red Tails. He also had a role in the Oscar-nominated biopic Lincoln, which was produced by Episode 7's Kathleen Kennedy.

Original Star Wars cast-members Harrison Ford, Mark Hamill and Carrie Fisher are all thought to be in talks to return in some capacity for Star Wars Episode VII, though it's yet to be confirmed.

The movie, set for release in 2015, has been written by Toy Story 3's Michael Arndt.