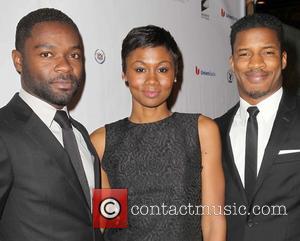 Actor David Oyelowo has heaped praise on Zoe Saldana's portrayal of singer Nina Simone in a new biopic, insisting his co-star will blow away critics with her vocals.

Cynthia Mort, the director of the upcoming film Nina, was forced to defend Saldana's casting last year (12) after receiving backlash from the late musician's daughter, Simone Kelly, and Grammy winner India.Arie, who branded the choice "ridiculous".

The cast and crew recently wrapped the shoot, and now Oyelowo has spoken out to commend the Avatar beauty on her work as the jazz legend, revealing Saldana did all her own singing.

He tells Eonline.com, "I think a lot of people are going to be surprised of the sheer power of her. She went to work. She is a huge admirer of Nina Simone and that crept into what she did. She wanted to tell the truth and every day we were on that set, that's what I saw. She did do her own singing. It was fantastic, surprisingly... I was pretty blown away."

And the Red Tails star is convinced Simone would have enjoyed watching the movie if she were alive today: "Al Shackman, who was her guitarist for many years was with us on set, and one of the things he said was that Nina would have loved the fact that we were telling her story as a love story because she was a big lover of love. And our film is basically a love story, so that was very heartening from someone who knew her for many, many years to say this is a rendition of a movie she would have loved."