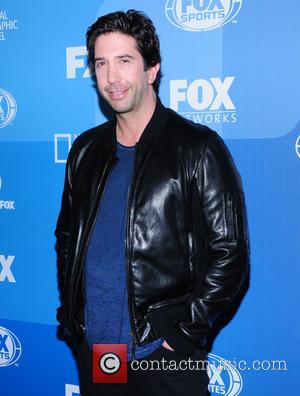 Picture: David Schwimmer - A host of stars were photographed as they arrived for the FOX 2015 Upfront event which was held at the Wollman Rink...

The former Friends star will play Kardashian in the upcoming American Crime Story: The People V. O.j. Simpson. The lawyer served as a member of the fallen American football icon's legal team during his murder trial in 1995.

Kardashian passed away from esophageal cancer in 2003, so Schwimmer turned to Kim Kardashian's mum to get a better sense of what the attorney was like, and she was happily willing to talk about her marriage with Robert while the trial was underway.

Schwimmer tells E! News, "I was really excited to play Robert Kardashian, who had this amazing friendship with O.j. Simpson, and trying to understand who he was and what was motivating him.

"I was lucky enough to speak with Kris (on the phone) for a few hours. She was very generous with her time, just telling me about who Robert was... She spoke very highly of Robert."

Jenner, who was also good friends with Simpson's wife Nicole Brown Simpson, whom the athlete was accused of killing, will be played by Selma Blair in the TV series, while Cuba Gooding, Jr. has been cast as Simpson.