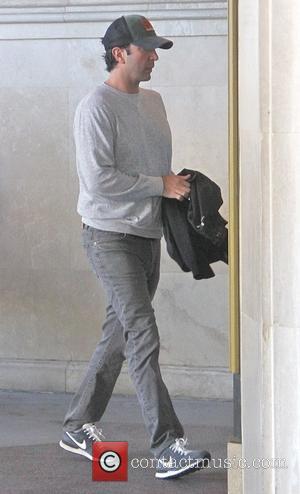 The 19-year-old twins, who starred in David Schwimmer's 1998 TV movie Since You've Been Gone, were riding their bikes, neither of which were street legal, on a two-lane rural road near Wilmington, Illinois when Casey's bike hit the rear of Ross' bike, according to the Will County Sheriff's Office.

Both Casey and Ross were thrown off their bikes and onto the ground. Ross sustained severe head injuries, and was taken to a nearby hospital, where he was pronounced dead early on Saturday (26Sep15).

Casey suffered head and leg injuries, but was released from hospital on Monday (28Sep15).

Will County Deputy Chief Rick Ackerson says Casey admitted to drinking alcohol before they took off on their bikes, and was subsequently charged with aggravated driving under the influence of alcohol.

Despite the fact the crash was an accident, Ackerson tells People magazine he willingly drove the bike while inebriated, saying, "Drinking intoxicated and driving is against the law. People should be extremely careful when mixing those two. At that point, you're driving a deadly weapon."

Casey will attend a bond hearing on Tuesday (29Sep15), while his brother's official cause of death is pending autopsy results.

The twins were just six months old when they shared the role of baby Tristan in the telefilm directed by Friends star Schwimmer, who also starred alongside Teri Hatcher and Jon Stewart.