Actor David Spade Is Opening Up About His Feud With Eddie Murphy, Admitting He Was Shocked And Left Paralyzed By Fear After The Comedy Legend Verbally Attacked Him Following A Saturday Night Live Sketch In The 1990s. 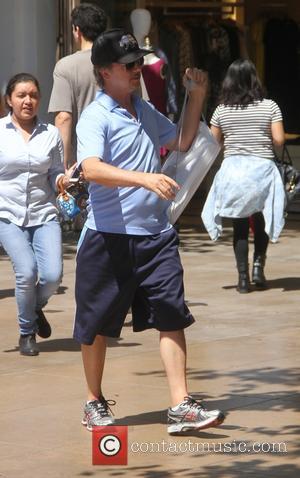 The Joe Dirt star appeared in a Hollywood Minute segment on the U.S. comedy sketch show, in which he insulted Murphy's career by delivering the line, 'Look, children, it's a falling star', while a photo of the 54 year old flashed on the screen.

Following the comedy segment, Spade received several calls from Murphy, but avoided answering them out of fear. He finally decided to call Murphy back and was shocked by his reaction to the skit.

"Now here comes Eddie (on the phone)," he writes in Almost Interesting: The Memoir. 'David Spade, who the f**k do you think you are? Honestly? Who. The. F**k. Going after ME? You dumb motherf**ker! I'm off-limits, don't you know that? You wouldn't have a job if it weren't for me. Talking s**t about me?'

"I barely spoke. It was so much worse than I had imagined. I wanted to apologize, explain the joke, anything, but nothing came out.

"Here was one of my favorite comedians of all time ripping me a new a**hole. I had worshipped this dude for years, knew every line of his stand-up. And now he hated me. Like, really, really hated me... It was horrible. I didn't hate him. Of course not. He just got caught in friendly fire... I took my beating and then he hung up."

While Spade was surprised by Murphy's reaction, he understood why he felt the way he did.

In the years after the show, he almost ran into Murphy at a variety of Hollywood events, but when they finally spoke, all had been forgiven.

Spade adds, "I was told he said he was mad at everyone about this, not just me. He was mad that (SNL creator) Lorne (Michaels) would let that joke through to air. He was mad that the show turned on him, and that's why he has never hosted after that or done the reunion shows... He says he's over this now. I hope that's true.

"About a month after that cover story, I was crossing the street in Beverly Hills and I saw a Mercedes Gullwing... parked in front of Coffee Bean. A black guy walked out with a hot blonde chick on his arm and got in the car... Then as he started to pull out of the parking lot and I got to the other side of the street, I realized it was Ed Murphy.

"My old-school fear came crashing back. Should I say something? We hadn't spoken in almost twenty years at this point. Before I knew it, Murphy had spotted me through the windshield... For some reason I gave a half wave and quick nod. It was my equivalent of the white (surrender) flag. This can be a risky move if it goes unreciprocated. Then I heard the sound of a window going down. Once again, I was paralyzed by doubt... He stopped in the middle of the street and I walked over.

"Through the open passenger window he said, 'Hey, Spade, how are you doing?' I reached in and shook his hand. I said, 'Hey, Eddie. Glad we're good'. 'Take it easy', he said, and drove away..."