Comedian David Spade Has Paid A Touching Tribute To His Late Friend Chris Farley In Honour Of The 20th Anniversary Of Their Cult Comedy Tommy Boy. 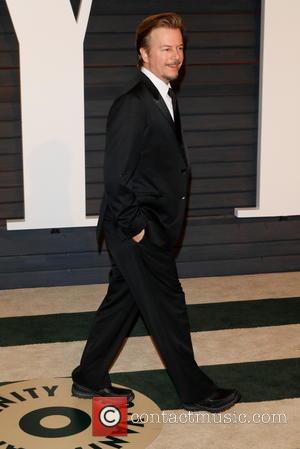 Picture: David Spade - A host of stars were photographed as they attended the Vanity Fair Oscar Party which was held at the Wallis Annenberg Center...

The Saturday Night Live duo's film about an immature heir to his late father's successful company was released two decades ago on 31 March (95), and Spade remembered the milestone by posting a photo of the Tommy Boy movie poster hanging in his office on Facebook.com .

Spade added the caption, "I'm told that today is the 20th anniversary of Tommyboy. Aside from that making me older than f**k I have to say thanks to everyone who has said nice things to me over the years. I was very lucky to be in this movie with one of the all time funniest mother f**kers the late great Chris Farley.

"Its hard to read but on the poster it says, "David lets stick together!" Signed by chris. We gave each other autographed posters as a joke back then. Now I see it in my office and skim over it because if I think about that for more than 5 seconds ill start bawling. Like now.