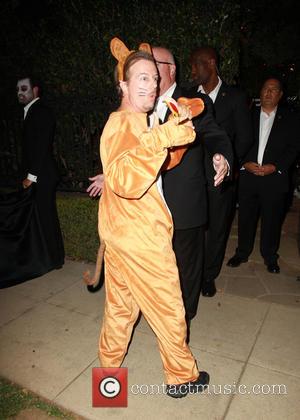 At the time, Spade was a regular on sketch series Saturday Night Live, and the show's producer Lorne Michaels, along with other network executives, asked the comedian if he was interested in replacing Letterman on Late Night.

A surprised Spade was hesitant in taking the job, since his main focus was to keep his gig on SNL, along with his friends Adam Sandler and Chris Farley, among others.

"I was hanging on at SNL... I didn't have a hook," he told radio host Colin Cowherd on Thursday (06Nov15). "I was just mildly amusing. Sandler was singing and writing songs and killing on every angle, and Farley had big characters, and it was so hard to compete."

So when Michaels approached him with the Late Night offer, Spade said, "No, that sounds like a drag... If (hosting) bombed, then I'm really in trouble too, that early on, to have a mark like that."

Spade revealed chiefs initially offered him $1 million (£625,000) a year to host Late Night, and the price eventually went up to $2 million (£1.25 million), but he still declined.

The Late Night gig went to former SNL writer O'Brien, who hosted the show until 2009. He was followed by two more SNL alums, Jimmy Fallon, and current host Seth Meyers.