Comedian David Spade Has Revealed Hollywood Icon Jack Nicholson Wooed Actress Lara Flynn Boyle Away From Him While They Were Dating. 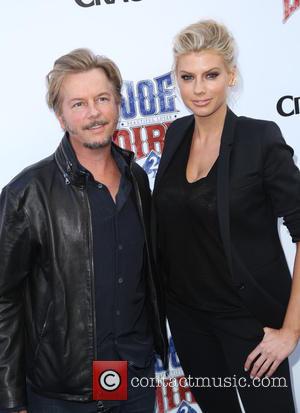 In the late 1990s, the funnyman was romancing former The Practice star Boyle, but their relationship was ruined after Nicholson reportedly swept in and stole his girlfriend.

In an interview with GQ magazine, Spade recalls, "Nicholson asked Lara Flynn Boyle out in front of me, while we were all smoking a doob (marijuana) somewhere."

Spade recalls that Boyle allegedly became angry with her beau for not stepping in and telling off the Oscar winner, who is 33 years her senior.

Spade told Boyle, "I've been in this town long enough to know when I'm outranked. You're either gonna go out with him or you're not."

Boyle and Nicholson struck up a friendly relationship at first, and when they were in a minor car crash, Spade recalls Boyle "crawled out of the sunroof and yelled, 'I have a boyfriend! I can't be here!' She and I didn't talk too much after that."

Boyle and Nicholson went public with their romance in 1999, and split a year later.