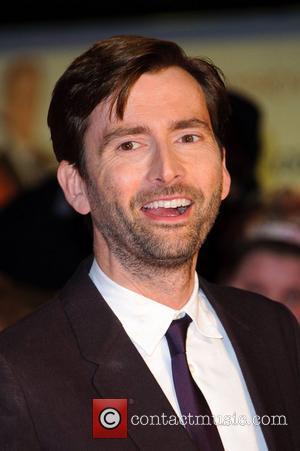 David Tennant will lead a stellar cast for the forthcoming Doctor Who 50th Anniversary special. The former Gavin & Stacey star Joanna Page will also join the cast, as will Billie Piper, who was once a Doctor Who star herself. Current stars Matt Smith, John Hurt and Jenna-Louise Colman will all appear in the special episode which is due to start filming this week, according to The Daily Mail.

Joanna Page recently gave birth to her first child and it’s not clear which role she will take, though she attended a recent read-through for the forthcoming special. Back in 2010 when it was rumoured that she may appear in Doctor Who, Joanna commented “I think I’ve got to be the only Welsh actress who has never been in Doctor Who so if someone would like me to be in Doctor Who I would love the part.”

Both the 10th (David Tennant) and 11th (Matt Smith) Time Lords will appear in the show, which will be screened in cinemas in November, according to the report. The show’s producer Steven Moffat is working hard to ensure that the content of the anniversary programme stays under wraps. “One length I've gone to which is a really good security measure - I make sure I don't get a script, because I will lose it. I forbid people to hand me one. It's on my computer under lock and key.” Matt Smith explained “It's about looking back and forward at the same time, a bit like the Doctor does. It's about celebrating everyone that's been involved with it, all the wonderful actors that have taken part before me, and it's also about looking forward.”