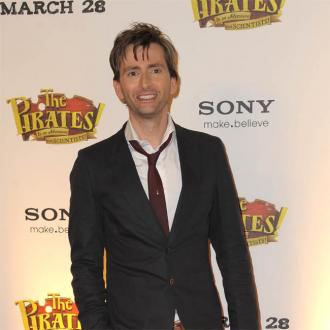 The Scottish actor portrays Emmett Carver opposite Anna Gunn as Ellie Miller in the drama, which is a remake of UK series 'Broadchurch', in which his character was called Alec Hardy.

David has admitted it was an ''odd'' experience remaking the same show alongside a different cast and in a new setting but says that was part of the project's appeal.

He told the LA Times newspaper: ''It's such an odd thing to be asked to do. To kind of reshoot something that was in many ways the same, but not really. I don't even know how to relay it. I'm not aware if this has ever been done before -- therefore, I think it would have been churlish to say no to doing it, don't you think?' ''

The US show is 10 episodes long, whereas the UK was just eight, and show chiefs have promised there will be different twists and turns along the way.

And one thing David found different was the dynamic between his character and Anna's in contrast with Olivia Colman, who played Ellie Miller in 'Broadchurch'.

He explained: ''It's a very different central relationship.

''Although they are both called Ellie Miller, Anna and Olivia are very different actresses and bring such a different energy that I can't help but be pushed in a different direction by that. Hardy finds Miller rather more exasperating, whereas Carver has a bit more of a combative relationship with Miller. There's a slightly different power structure there.''