David Tennant was joined by celebrity pals including Fern Britton, Hugh Grant and Jonathan Ross for a charity pub quiz on Tuesday (31.01.12). 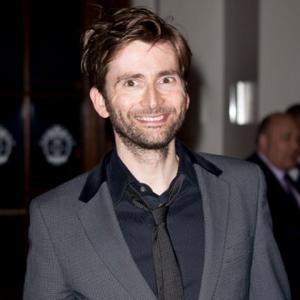 David Tennant joined a host of famous faces including Hugh Grant and Jonathan Ross for a charity pub quiz on Tuesday (31.01.12).

The celebrities came together at the Paramount Club in Soho's Centre Point Tower in London - with Fern Britton as quiz master - to take part in the event, which was held to raise money for Centrepoint, an organisation dedicated to ending youth homelessness.

John Raynham, head of fundraising at Centrepoint, said: "It was our best Ultimate Pub Quiz yet and the first in the Centre Point Tower, it couldn't have gone much better.

"We can't thank the teams, celebrities and everyone who makes this event possible, enough for all they do. Like our new champions Herbert Smith, so many people come back year-on-year and that kind of support really matters.

"With youth unemployment at over one million, things have probably never been tougher for the young people we support. But thanks to our supporters' generosity, we can carry on working with them to achieve the two most important things they need to leave homelessness behind: a job, and a home of their own."

Fern also presided over a celebrity auction offering teams the chance to buy the assistance of David, Hugh, Jonathan or 'Hollyoaks' actress and 'Dancing On Ice' star, Jorgie Porter, for the showbiz questions.