David Walliams and Lara Stone Are Having a Baby 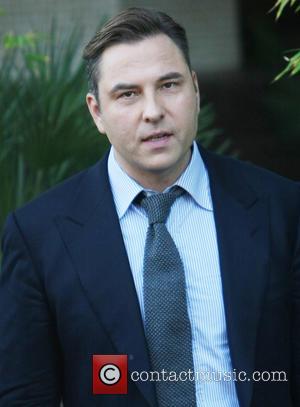 Little Britain's David Walliams has announced on Twitter that he and his model wife Lara Stone are going to have a baby. The tweet said, "Some wonderful news. My beautiful wife Lara is pregnant. We are having a baby! It is due next year and we both couldn't be happier. Dx".

Reported in the Sun, he added in a statement: "We're very excited to announce we are expecting our first child. We're both absolutely thrilled but ask you to please respect our privacy during this precious time." This is the first child for both Stone, 28 and Walliams, 41 who wed in 2010 after a brief engagement. Walliams first asked Stone's parents for their blessing before proposing with a vintage diamond ring in Los Angeles.

As well as being an award winning comedian, Walliams also writes children's books and began his role as a judge on Britain's Got Talent earlier this year, a role he is expected to reprise in 2013. Stone was included in Forbes' rich list for highest earning models this year. The joint successes of the parents-to-be sets the bar incredibly high for the baby, which with genes like those means we expect the child to be hilarious and beautiful.