David Walliams' Come Fly With Me Crashes Without Matt Lucas 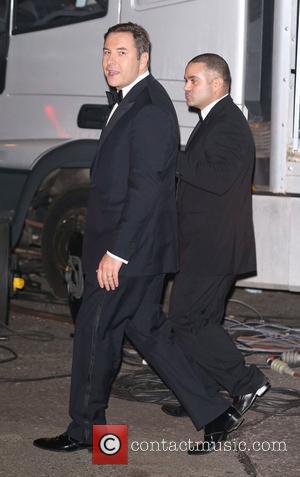 The comedy of David Walliams and Matt Lucas largely defined the British scene in the early noughties, with Little Britain and Little Britain USA. Since then, they have also written and starred in Come Fly With Me, which did well commercially, garnering impressive audience ratings. However, Matt Lucas has said that he doesn't want to return for a second series, so it has been run into the ground.

"I was disappointed - I was hoping to do more because when you've started something like that, one series never seems enough," Walliams said, about Lucas' refuse to return, reports the BBC.

Since the first series both comics have kept busy, branching out in their careers. Lucas was in Tim Burton's Alice in Wonderland, has appeared on the West End in Les Mis, and is set to be in a Steve Coogan movie The Look of Love later this year. Walliams has written two children's books, as well as being a judge on Britain's Got Talent on ITV1. This Christmas saw one of his books, Mr Stink televised by the BBC.

All in all, they're both absolutely fine without one another, and everything they've done is available on DVD if you miss it, but as Walliams has rightly said: "You think you'd like to see it, but actually it probably wouldn't be as good as it was. It would just mean we were doing that every year, year-in and year-out and you'd get bored."